The Temple Mound was built by Native Americans known as the Tocobaga. It is the largest remaining mound in the Tampa Bay region. The mound was made of alternating layers of shell and sand. Remains of posts indicate there was at least one structure on top, possibly used for ceremonial purposes or the chief’s dwelling. Archeologists believe the ramp led to a “town plaza” at the base of the mound.

The village extended to the south, as well as the west, in an L-shaped pattern. Remains of this village were discovered in the early 20th century. The trash mound, known as a kitchen midden, also left many clues about their culture and social structure.

When the Spanish arrived, they described the Tocobaga people as tall, well muscled, strong and agile. They were armed with powerful bows, stone-tipped arrows and spears thrown with atlatls. The Tocobaga wore little clothing, but had many tattoos signifying their rank or status within the tribe. This village was a center of political and cultural influence and was home to between 400 and 2500 people.

Pan lo de Narvaez came here in 1528 with 400 men in a quest for gold and silver. Many conquistadors, such as Narvaez, had little concern for native peoples’ welfare and treated them cruelly. Cabeza de Vaca was one of only four men that survived this ill-fated expedition. This information comes directly from his journal and is confirmed by the archaeological record. His descriptions of their journey and interactions with the native peoples offer in sights in to both the native and Spanish cultures.

Historians agree that Pedro Menendez de Aviles, who founded St. Augustine, came here in 1567. He was seeking a direct waterway between Tampa Bay and St. Augustine, which we now know does not exist. Menendez left 30 men to establish a mission and spread Christianity. A Jesuit priest returned in January 1568 to find all 30 men killed and the Tocobaga village abandoned.

The demise of the Tocobaga was likely caused by European diseases for which the Native Americans had no immunities. It is believed that any remnant of the Tocobaga probably merged with the Creek peoples moving into peninsular Florida during the 1700’s. 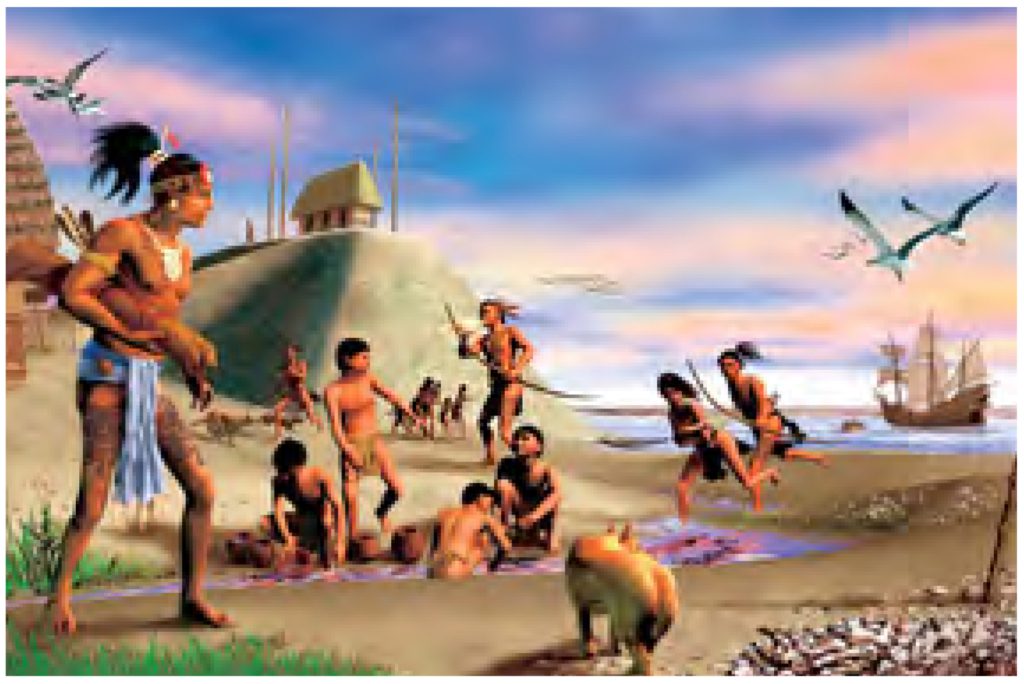 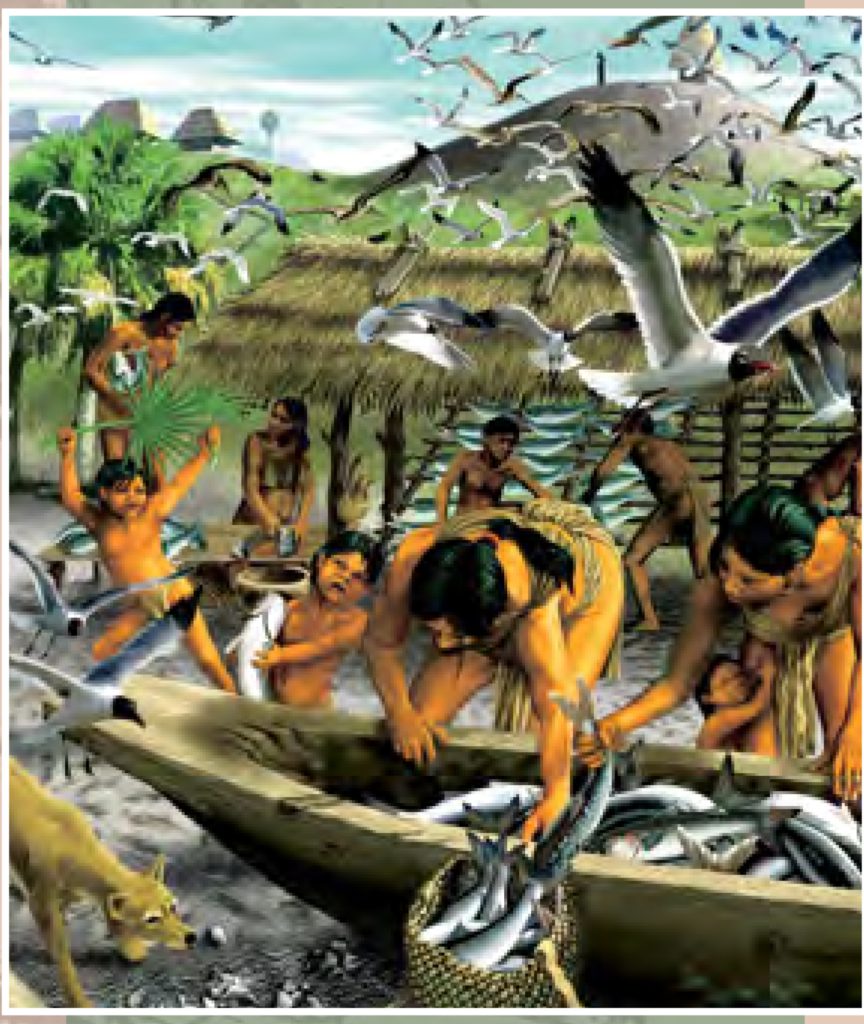 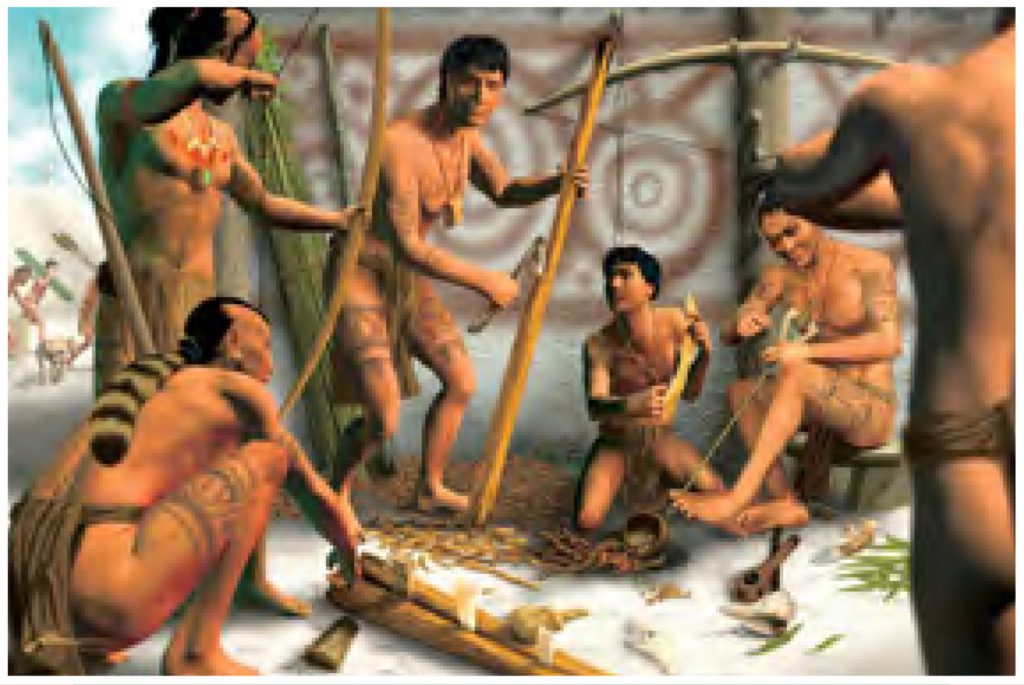 The National Register of Historic Places recognized the significance of this site for several reasons.

The pottery and artifacts found at this site defined the Safety Harbor Culture. The artifacts shown above can be viewed at the Safety Harbor Museum. The pottery was the first of its type to be found and revealed a culture not previously known. The enormous quantity of shells found in the kitchen midden, indicates their reliance on the coastal bays for food. Safety Harbor people made many of their tools and utensils from bone and shell. Archaeologists believe that the Tocobaga people occupied the site as early as 900 AD until the late 1600’s. Spanish written records indicate it was likely the capitol of the Tocobaga culture. Artifacts found on the site confirm it was occupied by Spaniards in the 1500’s.

You can help by not removing artifacts. If you find arrowheads, ceramic pottery fragments or human bones, please notify park staff. Federal, state and county laws prohibit digging, using metal detectors and removing artifacts. If you see anyone engaged in these activities, please report it to park officials. By helping to preserve this site, you could be contributing to future knowledge of Florida’s past.